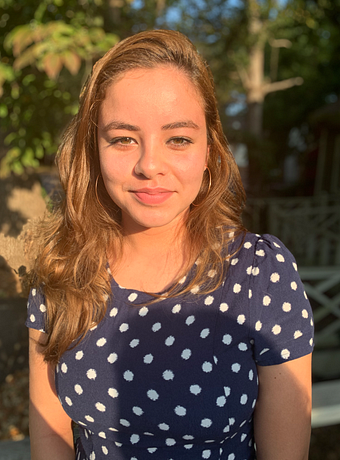 “As an immigrant myself, I can relate to others on similar journeys as you leave your life behind and take a chance on starting from scratch in an unknown land. It is a leap of faith to uproot yourself and your family. People in this country deserve a real path to the American Dream, and I am happy to be a part of their journey.”

Ana Gill is the administrative assistant/receptionist at Bashyam Shah LLP. She graduated High School in 2013, and joined the U.S. Navy in February 2014. Ana served for 5 years and was able to travel the world. She toured Bahrain, Dubai, Italy, and France. Ana recently joined our firm in March 2019 and still serves in the Naval Reserves.

Ana immigrated from Sonora, Mexico to the United States with her family when she was 13. As a first generation immigrant she wanted to establish her own roots and find her own version of the American dream, which led to her decision to join the Navy. She obtained her citizenship while serving in the Navy.

While transitioning out of the Navy Ana came across an employment opportunity at Bashyam Shah and felt a sense of belonging, and that’s what makes this firm unique. She is excited to be a part of others’ immigration journey, as she reminisces on her own.

When outside the office, Ana loves spending time her Veteran husband and two daughters, going on get away weekends to the beach.